Why to go to Punta del Este?

Beyond any doubt, Punta del Este is the first choice for summer vacations in Latin America. Its extended beaches, making up a long string of water resorts in Uruguay, are located around the peninsula that marks the division between the Río de la Plata and the Atlantic Ocean.
According to their typical features, the west beach is called Mansa, and the east beach is called Brava. In the first case, its name to the fact that, being protected from ocean winds, its waters are calmer, while the other one offers the waves that make it an ideal surfing spot at several times of the year.
Besides the sea, that lures great numbers of tourists to come in the summer to enjoy beach life, Punta del Este boasts lagoons suitable for the practice of nautical sports like kitesurf, ski or wakeboard, which are chosen by their fans for training prior to competitions.
Year after year, even more Hollywood celebrities are choosing Punta del Este for their leisure time and making the city a hot spot for fun, outdoor entertainment and relaxation.

How to get to Punta del Este?

What to do in Punta del Este? 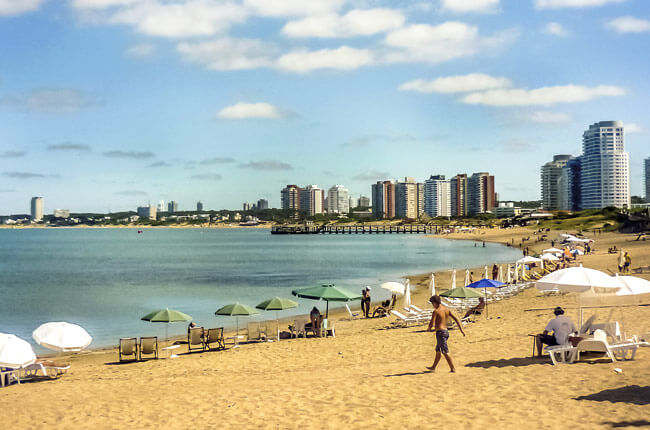 Sunbathing, swimming or taking a walk along the beach are some of the activities all tourists arriving in Punta del Este year after year most often engage in. Sea resorts are not, however, the sum total of the city's offerings; other attractions are there to be enjoyed.
At one end of the string of beaches tourists can be part of one of the most spellbinding experiences starting at sunset, in a not-to-be-missed visit to the Punta Ballena look-out. From there and along a winding road amid luxurious vegetation, Hotel Art Las Cumbres, which has been there for some four centuries, serves a delightful five-o-clock tea for a glamorous end of the day surrounded by nature after watching the sun set down from its terrace. 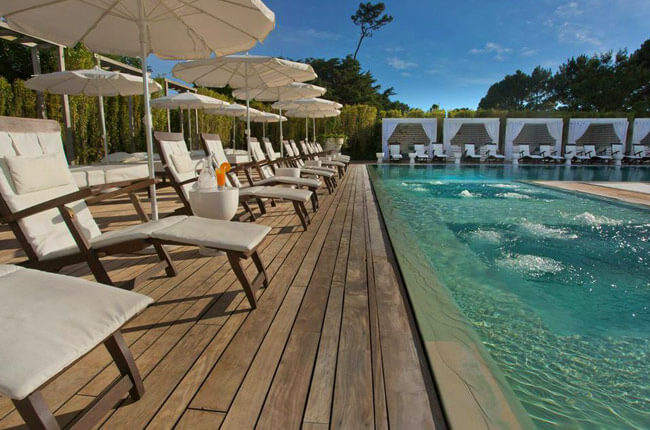 World-class hotels and resorts offer the visitor not only the sea at their feet and top-notch beach services but also tennis courts, golf courses, swimming pools and other relaxing sport facilities, most of them with the blue horizon in the background to be savored at different times of the day. 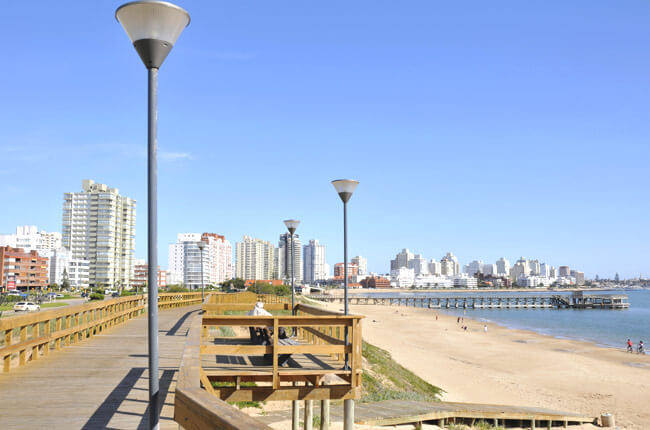 But if you are looking for a different kind of entertainment in Punta del Este, a not so widely-known experience is a stroll around the Parque de las Esculturas located at El Chorro. Sculptures by Gyula Kosice, Frank Stella and Pablo Atchugarry, among several other artists, are set here and there over the extended premises of the Park which can be visited free of charge. A sport track extending from Parada 1 at Brava to Parada 3 at Mansa offers the chance to make being in Punta del Este a good excuse to burn some calories. Hundreds of tourists who bring their rollers, bikes or skateboards with them choose this area to enjoy the speed.

Tips for your travel to Punta del Este:


With all the fun assured, Punta del Este is an ideal destination for a trip with friends.


The area has many pristine spots that deserve a visit with some adventurer's spirit. And if you take your car or bike on the Buquebus ship's hold you'll be able to enjoy them more easily.